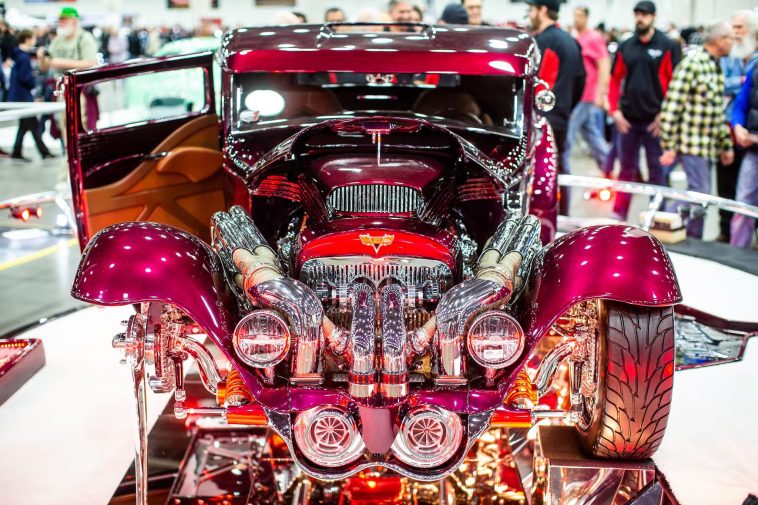 This is the Rick and Patty Bird’s Sho Bird, 1931 Chevy Coupe that won the 2022 Detroit Autorama Meguiar’s Ridler award. This wild 1931 Chevy Coupe is packed with a twin-turbo 509 cu-in big-block and is the final artwork of hard work and dedication by Bruce Harvey and his team at Pro Camp Custom.

Do you know what the crazy thing is? The current condition of this Coupe is like this, but you will not be able to imagine the condition before. She was actually an old-school Chevy Coupe that had been put away. But she was found by the right man!

Rick bought this Chevy Coupe decades ago after his 1932 Chevy was destroyed by a fire. He had found this coupe while passing through a nearby junkyard. The junkyard man had told Rick that the car was decomposing. After that, Rick bought the car from the junkyard guy for $300 and took it home, and put it in the barn. Simply, this is how Rick found this car.

So how does Bruce Harvey fit into this story? When Bruce delivered a 55′ Chevy to Rick and Patty’s house in Bellefonte, Pennsylvania, he saw this car parked in the junkyard. Bruce was returning with an empty trailer and asked Rick if he could take this car back with him. At that time, Bruce told Rick and Patty: “I will bring you the Ridler.”

Focused on the prize, he stated that he was fully confident throughout the build as he had also worked on his home. One of his ideas was to make sure that Chevy’s identity was not destroyed by the exterior plate modifications. Its hand-built hood takes the form of a shaker-style coupe. Running boards and fenders have been redesigned. Four taillights taken from a 1965 Impala enhances its rear appearance.

To avoid minor identity changes of Chavy, it contains hundreds of Chevy bow-tie graphics on both sides of its exterior metal frame. Covered in Candy Wineberry paint on the exterior, it’s a premium color match with the Caramel-colored leather interior.

When it comes to the powertrain, this wild 1931 Chevy Coupe is powered by a Shafiroff 509ci W-style big-block engine and also gets dual-turbochargers and 72mm intakes from Nelson Racing. A Winters Championship quick change rear end with a 6L80 6-speed transmission allows the engine to produce 800hp. The front suspension includes dropped I-beam axle, cantilevered Hydroshox coilovers, and a four-bar-setup.

It was their dream to win the 69th Ridler award, but that same dream was the main reason for making the car. Rick has said that from the beginning of the project, he was complete confidence that Bruce Harvey would build it to the point where he could drive it. 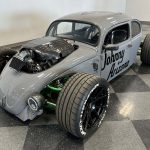 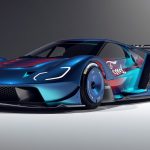