The media reported that an iconic 1997 Toyota Supra Turbo was involved in an accident last Monday in Englewood. The driver lost control on the straight road, and the accident took place as it overturned violently into the railway yard. It’s reported that the driver who drove the car was a mechanic at a nearby shop and took the car out for a test drive. However, its photos and videos sparked intense conversation among JDM enthusiasts.

This accident happened in Englewood, Colorado, a suburb of Denver. As shown in the video, the Toyota Supra Mk4 opens the throttle when changing lanes and accelerates hard before losing its rear traction. At the same time, the mechanic lost control of the car and overturned several times, and crashed into the railway yard.

However, the accident was clearly recorded in the video, and it was also seen that the car was badly damaged. The Englewood Police Department has confirmed that the registered owner of the 1997 Toyota Supra Mk4 Turbo is not the mechanic who drove the car. They further stated that the mechanic was taken to a nearby hospital.

There is no information about the condition of the driver yet. It is stated that the driver was thrown from the car when the car overturned. The person who videotaped the accident stated that he chased behind the Red-Color Toyota Supra for five minutes, and the driver didn’t break the traffic rules during that time. 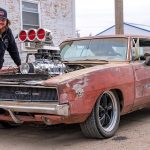 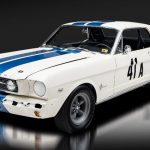