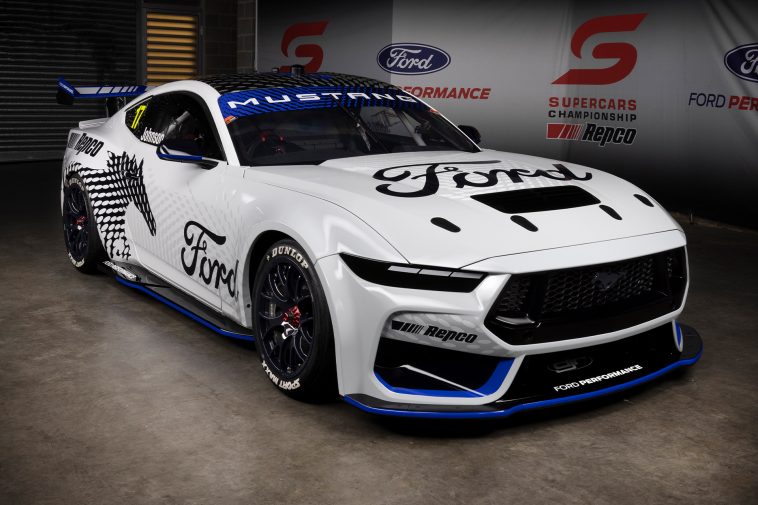 Ford has prepared a Mustang, representing Ford Motor Company to compete in the 2023 Australian Supercar Championship.

The 2023 Mustang GT “Gen3” supercar is a track-focused different type of untamed horse produced by Ford Motor Company. Based on the 7th Gen S650 Mustang GT, which Ford recently introduced.

But this Mustang is special. Mustang GT Gen3 has prepared to compete in racing itself. You will be able to see its debut at the 2023 Australian Supercar Championship. After revealing the Street Legal Mustang, Ford showed CGI images of several Mustangs that prepared for the upcoming races.

It was homologated for Dick Johnson’s racing duties with the help of Ford Performance. It looks similar to the standard 7th Gen Mustang and has revised sheet metal. Its white-coated metal surface is tattooed with graphics including Ford, Performance, Gen3 lettering, and Mustang Horse. The massive rear wing on Mustang Gen3’s bum will help to keep better Track Stability.

How about the 2023 Mustang GT ‘Gen3’ supercar’s engine and performance?

The 2023 7th Gen Mustang Gen3 supercar is powered by a performance-upgraded 5.0L Coyote V8 engine with 6-speed manual transmission. They say that the newcomer Gen3’s performance-upgraded engine can produce more than 600 Horsepower. It consists of dual throttle bodies fed by dual air intakes.

Ford hasn’t announced much else about the Mustang Gen3 supercar. But this Gen3 supercar will mark its great debut with the Dick Johnson during the event at Bathurst 1000 in Australia. 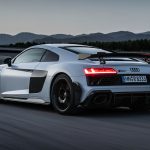 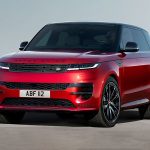