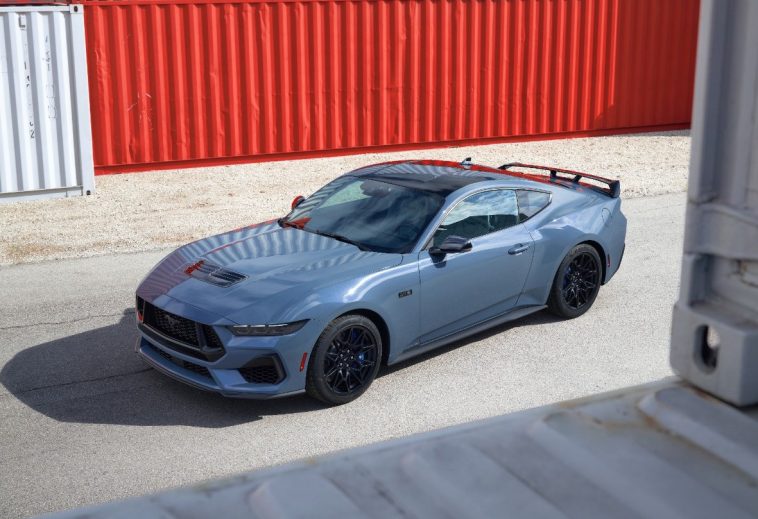 Ford officially released their new pony car, The 7th Gen S650 Ford Mustang in day before yesterday ie, Sep 14 at the Detroit Auto Show. However, it has a nice body work for the Mustang, and comes with more features that were not included in the previous Mustangs.

The 2.3L 4-Cylinder Turbocharged Engine is standard for this new Mustang, and a performance-upgraded Coyote V8 Engine has been included for the GT. How about 7th Gen ford Mustang’s horsepower ? The hp of both models hasn’t been discussed at the auto show, but a Ford Engineer tried to say without saying that it should produce 480 horsepower. However, Ford later claimed that the new 5.0L GT would make more power than their previous models. The 2.3L Ecoboost model comes with an automated transmission, while the 5.0L GT on the other hand has a 6-speed manual transmission. Thanks for Saving Manuals.

When we look at its outward appearance, Its front design, side design, rear design, and alloy wheel designs are seen to have changed. When you look from the side view, even you can understand that it is very close to Chevrolet’s Camaro. (Don’t be angry with me !) The 5.0L GT’s front grill is slightly larger than the 2.3L Ecoboost, and the Grill-pods used on the previous Mustang GT are also used on the new 7th Gen GT. The other new feature at the front is the tri-bar LED Headlights.

When it comes to the rear design, The GT model comes with an attractive permanently fixed Air-wing that has never been used on a Mustang GT before. The tri-bar LED Tail Lights designed for all new 7th Generation Ford Mustang are able to give it a new attractive look. The 7th Gen Mustang GT model comes with Quad-tipped exhaust, while the Mustang Ecoboost model on the other hand comes with Dual exhaust. Ford claims that the new design of the rear improves the aerodynamic stability of the new Ford Mustang.

When I open the traditional conventional doors of the Mustang and sit on the Recaro seat of the 7th Gen Mustang, the main difference I see is the steering wheel. It bears a resemblance to the Mach-E. Although the entire interior looks Electric, the GT’s manual gear stick does away with it. Either way, it looks like Ford has listened to the demands of Mustang enthusiasts. A wide screen that extends from the beginning of the steering wheel to the end of the center console comes with the new Mustang. It includes engine performance data as well as other important information.

The buttons and knobs that came with previous Mustangs are not introduced to the new Mustang, and you can also adjust them through this widescreen. Ford engineers say that the new GT has increased the permissible volume of the exhaust system. Accordingly, the 7th Gen Mustang GT will be louder than before. So, this is good news for Mustang lovers who wants a lot of sounds. 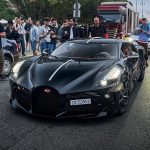