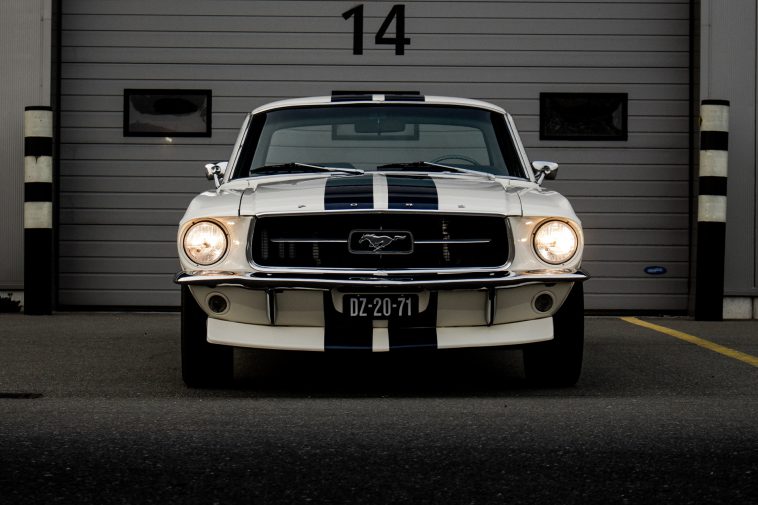 You know, mustang is one of the best leading american muscle among others. However, even challenger became popular, people had an incredible love for the Mustang. But there is no lack of popularity for this wild horse. But don’t forget ford is one of the oldest auto manufacturer which build Mustangs. However, before discussing about this muscle damsel, we suggest a careful inquiry into its background, history and journey from the past to today. Let’s start the Voiture Blog discussion about Ford Mustang.

#1. A cool sport car for teenagers

In the 60s, Mr. Iacocca, the vice president of the Ford Motor Company, observed that baby boomers were becoming young (hopes you know about baby boomers). Because of the American Interstate road system that started in 1955, travelling by wheels became more popular.

Taking advantage of all these opportunities, Mr. Iacocca took the lead in creating a car that is more suitable for youth audience. His main plan was to produce a car that was not big in size but had a cool sporty look. Also, Iacocca’s intention was to make it less than <$2500, weight less than <2500 pounds and bring the car to the market within 1 and another half years.

Launching a car in the market within 1 and another half years is a difficult task even today. Mr. Iacocca contributed personally and expedited the work, so it was possible to release a brand new car model called Mustang. He didn’t give a useless name. It’s not just a meaningless name. American wild horses that are small in size but very energetic are called Mustangs.

All the characteristics of these horses were also included in this brand new car. Although given the opportunity to choose 4 types of engines, almost everyone chose the highest model, The 4.7L vencer V8 engine. The engine which produced more than 267 bhp gave the Mustang a high personality and an energy that fascinates the youth.

The Mustang received a fabulous demand surprises even Ford Motor Company. All the 22,000 cars that were targeted for a week from the first day of introduction were sold out. After that they tried to meet the demand as soon as possible, but they could not meet the demand. They sold 4,00,000 wild horses in just the first year.

In short, Carroll Shelby is the designer of the Ford GT40 which defeated Ferrari. Despite being teased for having a female name for a long time, After above incident, Shelby was officially given the opportunity to tune the Ford Company’s vehicles.

The vencer engine which Shelby tuned produced 336 hp. Although, this is a less energy when compared to today’s sport cars but don’t forget he did this trick as far back as 1965. Shelby’s Mustang was released in the marked under the name GT350 which was almost double the price of a regular Mustang.

From the very beginning, the Mustang was released in three models: A metal roof, A removable fabric roof and an auto convertible roof. It became more popular because of the new look that ford gave to the Mustang called Fastback. It was modeled after the body of a shark. If you look carefully, you will see that.

It is considered to be one of the most attractive looking American car in the world. However it received more attention by the audience when Steve Mcqueen drove the fastback on the san francisco in on 1968 Bullitt movie.

#5. The pony car race that originated through the Mustang

Now you can understand that the Mustang damsel is one of the most sought after cars in the history of the American automobile. I am right if I say that a new class was created with after this situation. Different from traditional huge muscle cars but with american features also similar to european sports cars, this class was called pony cars.

Accordingly, companies like, Chevrolet, AMC, Mercury released their models for this class in the market. However, with the installation of large engines, the identity of the pony car was changed. Again with the high demand received for Dodge Charger, the market started to turn towards huge muscle cars again.

#6. The Ford GT40 and Resurgence after the oil crisis

In 1973, the muscle car market crashed due to the oil crisis in America. With the awakening after the crisis, many American car companies took steps to renew their past models. Ford launched GT90 modeled on the GT40 which defeated ferrari. Anyway, no one liked the design here.

Finally they released a super car with a retro design in 2003 that was very similar to GT40 was also called as GT40. Accordingly, they introduced the new Mustang in 2005. This is known as “Resurgence of the Mustang” with modernity. In 2006 GT500 was launched with a super charger.

Companies like Dodge and Chevrolet presented their models following this retro design. Later, these vehicles became popular even in foreign markets where the use of American vehicles less. After Mr. Carroll Shelby passed away in 2012, The shelby GT500 was introduced in 2013 as a tribute to him.

GT500 is a special turning point in the chronicle of Mustang. Before his passed away, he had personally contribute for this car. The 5.0L V8 engine produced 662 hp to bring the power this GT500 damsel needs. This powerful engine of the Shelby GT500 created the background for the powerful muscle cars of today.

#8. Current situation of the Mustang

The Mustang with very good personality is still one of the most popular American car in the world. Being able to get it at a low price is another reason for this illustrious damsel’s popularity. Today, they have also released an Ecoboost model with more fuel efficiency.

New Mustangs are released with fully electric powertrain. It seems that the manual method is also slowly disappearing from the Mustang. With Ford’s all new GT500, it seems they have taken a new path. 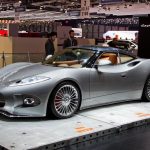 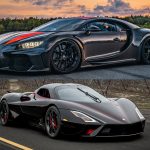