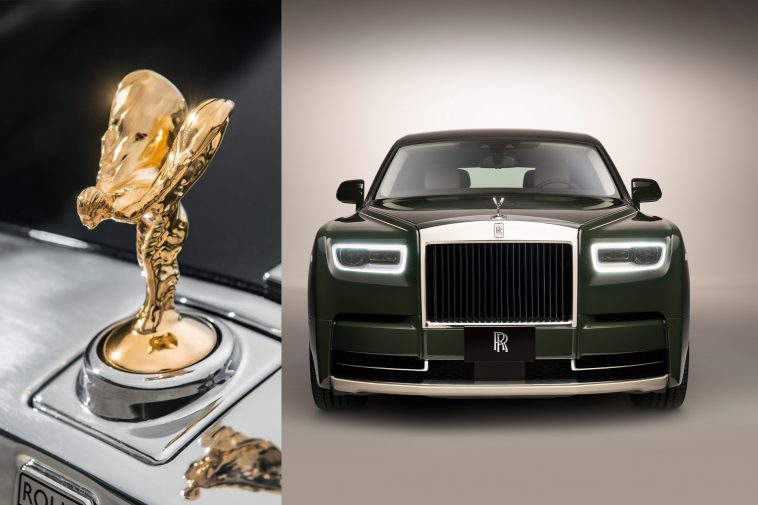 However, in the end of this valuable article, you will realize that, the price they charge for a “Rolls Royce” is reasonable. As Voiture Blog we bring this to you, based on information we have researched and confirmed. So, Let’s discuss about the “Rolls Royce”.

#1 “118” years of illustrious and proud history

The brand carries a significant share of the value of any product in the world. “Land Rover’s” products are best example of this. One of the reasons for the price of Rolls Royce is the proud history behind it’s brand. Rolls-Royce is one of the world’s oldest manufacturers of high luxury, high-powered and durable vehicles. In the early days begining of car production, many countries were tempted to produce vehicles that offered more value for less money. Instead, the inventor, “Henry Royce”, worked to develop comfortable vehicles that would suit the royal family of the British Empire. He co-founded Rolls-Royce in 1904 with a wealthy man named Charles Royce. “Rolls-Royce” vehicles are still manufactured to suit royalty.

Today, the average vehicle is manufactured to driving 10 or 20 years without any problem. But most good car models can used “several-period-of-times” more than others. This is due to the advanced technology used in the manufacture of the vehicle, the “raw materials” used and the “superiority-of-the-finish”. “Rolls Royce” is one of the most durable car manufacture company in the world.

Therefore, from the past, the raw-materials they use, the technicians and the quality of the vehicle have become more concerned. Therefore, from the past, the “raw-materials” they used, the “highest paid technicians” and the “quality-of-the-vehicle” have become more concerned. The best thing is, more than 65% of all vehicles manufactured by Rolls Royce since 1904 are still in good running condition. Even Rolls Royce cars manufactured between 1925 and 1930 are still in use today.

They were at the forefront of manufacturing engines for aircraft. During “World War II”, England would have surrendered to Germany. But that was prevented by the Rolls-Royce “Merlin V12 engine” that manufactured for the “Spitfire aircraft”. Because of this, Rolls-Royce engines are still regarded by the British as the “Machines that saved their Homeland”.

Many of the patented technologies used in aircraft engines are also used in car engines. It is for this reason that power, smoothness and durability are at the forefront The engine that makes “Rolls-Royce” proud is also one of the reason for its high price.

#4 Most comfortable inside: A Royal feeling like a King

When designing a “RollsRoyce”, the comfort of the interior is paramount. Because of this, special efforts are made to minimize engine noise and vibration, vibration caused by road anomalies, and vibration that occurs when the vehicle slows down or speeding up (etc.). It has a comfortable suspension system, an engine that speeds up and down very smoothly, and sound insulation glass that completely eliminates outside noise.

That’s why the Rolls Royce is a more comfortable car. It’s such a smooth experience that when you drive a Rolls-Royce at 160kmph (100mph), the loudest sound anyone can hear inside is the ticking of the clock on it’s dashboard. To make this condition they have used sound insulation material weighing more than “120 kilograms”.

One of the best reasons for the luxury of “Rolls-Royce” cars and their uniqueness is that they care about even the smallest detail. The Leather that used to finish Rolls-Royce’s seat covers, dashboard, handrest and roof on the inside are prime examples. The leather used in Rolls Royce vehicles has always been made from male cow skin.

Also, farms with such animals cannot have barbed wire fences. Did you laugh at this fact ?? yeah, The reason for this is that the “skin around the abdomen of female cows is stretched during pregnancy”. You may have seen stretch marks on a woman’s abdomen during pregnancy. Cattle skin lesions may have scars even after healing the wounds caused by the barbed wire fence.

So, they also don’t like to have even such minor shortcomings that leather used by “Rolls-Royce-Motors”. Also, every leather part is sewn and prepared by a skilled seamstress.

Today, most automation companies do most of their work using “Robotics-technology”. The reason for this is, quickness, efficiency and profitability. However, well-trained technicians are still used to manufacture “Rolls-Royce-Motorcars”. As a result, Rolls-Royce assemblies and cabins are assembled by specialized technicians by their own hand.

It also involves making a number-of-changes according to the wishes of the buyer. Because of this, Even if a normal vehicle is produced within a few hours, It takes a long time to produce a single “RollsRoyce” car. Rolls-Royce claims it will take 10 weeks to create a superb model like “phantom” (Two and a half months). The number of “high paid technicians” who contribute to it is also high. Due to these factors, the cost of manufacturing a Rolls Royce car is high.

Most cars are manufactured in limited colors. In addition, You can choose one of the color collections for an additional fee. However, “Rolls-Royce cars” are not just defined to a limited number of colors. Any color in the world can be chosen according to the wishes of the buyer. Accordingly, “Rolls Royce cars” are painted in one or more different colors around the world.

It’s not just about choosing a color. The original color, its luster, its glow, its appearance in different lighting conditions are all recreated. This is done by applying a variety of products, including special paints, metal powders, varnishes, natural plant extracts, and diamond powder. Maybe it is 23-coats of paint and polish. It is said that the average weight of a layer of paint is about “45 kilograms”.

Anyone who can afford to buy a Rolls Royce is very concerned about buying a car that is unique to them. The most recent unique feature is the drawing line by artist “Mark Court” called “coachline”. For this, he uses a special brush made of squirrel-fur. “Mark Court” is one of the artist with most stable hands in the world. He paints every Rolls Royce car designed since 2003 with a paint line and a simple design with a brush.

Even though he is a talented artist, “Mark Court” does not draw any other paintings. Because of this, every single Rolls-Royce car is considered as unique drawing by Mark Court. A hand-drawn-line, with little variation from car-to-car, is worth more than anything printed by machines. For this, Rolls Royce pays a large sum of money a year to “Mark Court”.

Logo with two RR letters and also the metal statue on the front-grill ​are most famous in the world. This is called the “Spirit of Ecstasy”. The woman’s cloak, which is bent forward, is designed to let the wind blow. It looks like two wings, but it’s not. The statue was originally designed to represent the casual wife of it’s creator, “Charles Robinson Sykes”.

Originally a symbol of their secret relationship, it soon became a staple feature of Rolls-Royce. This statue is one of the “most valuable trademarks” in the world today. When BMW acquired production rights for Rolls-Royce in 2003, They have to pay an extra “$65 million” just to get permission to use Spirit of Ecstasy. But the number of Rolls Royce cars produced per year is limited.

Because of this, The trademark-value of one “Spirit of Ecstasy” statue alone is in about “thousands of dollars”.

That’s it…, If you look at these facts, you will understand why a “Rolls-Royce” is so expensive. Here is the Voiture Blog discussed about the “Rolls-Royce”. Hope you’re enjoyed… 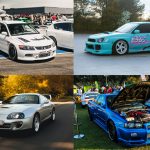