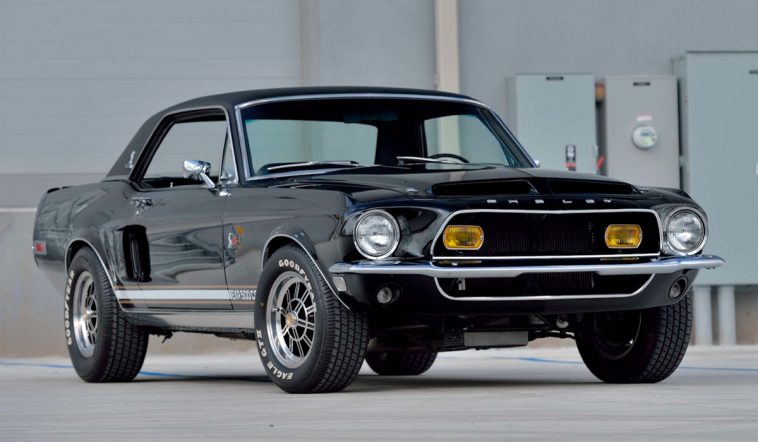 The “Black Hornet” is a 1968 Ford Mustang Coupe built by Shelby as a tribute to the Mustang “Green Hornet” concept built by Ford and Shelby in 1967. Ford delivered the Gold Lime prototype to Shelby Automotive in 1968, where the prototype received the EXP-500 moniker. But it was inspired by the GT/CSS, or “California Special model,” launched in 1968.

There is something special about any Ford Mustang that Shelby and his crew have spent time and effort turning into a work of art. And also, early Shelby builds are at the forefront among the most demanding muscle cars on the market. Shelby’s role in the expansion of the iconic coupe is no small feat. This 1968 Ford Mustang “Black Hornet” is a true triple black Mustang, its upper, body, and the interior is all finished in black color.

This 1968 Mustang “Black Hornet” is powered by a 428 cu-in Cobra Jet V8 engine with a 4-speed manual transmission. The V8 engine produces 428/335 hp to bring the power the “Black Hornet” Mustang needs, and gets a unique Shelby touch. It gets a high-volume fuel pump, Holley carburetor, aluminum intakes and heads, Mallory ignition system, and Griffin radiator.

The “Black Hornet” Mustang also gets independent rear suspension and an EFI fuel delivery system and is equipped with Shelby 10-spoke wheels and many other upgrades. This iconic car was named Mustang under Carroll Shelby’s guidance before his passing in May of 2012.

And also, Carroll Shelby’s 1968 Mustang “Black Hornet” has been exhibited at the SEMA show 2018. A very rare opportunity has arisen for someone to own a piece of Shelby’s history. 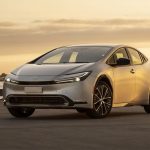 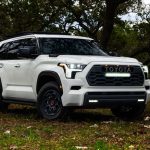