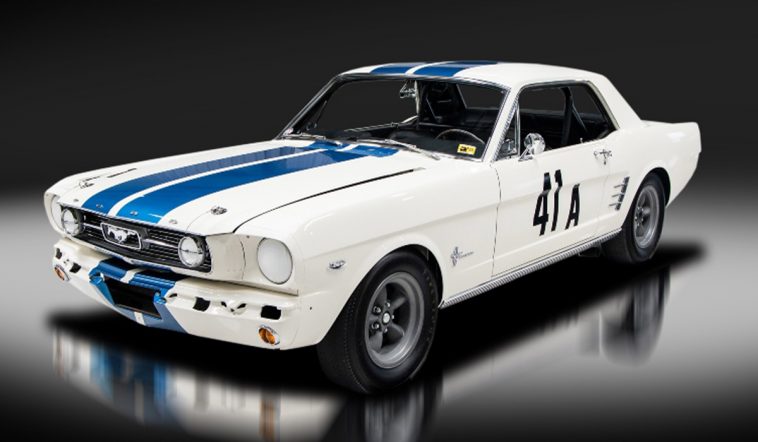 The 1966 Shelby Group II Mustang built for Legendary Driver Ken Miles is now heading to auction! Now, one lucky person will get a chance to take her home and own significant piece of American Legendary Motorsport history. This month, Barrett-Jackson will auction Ken Miles’ 1966 Shelby Group II Mustang as part of the annual Scottsdale Sale event. This car was produced in 1966 and is the 12th out of 16 cars produced. It was built on the 1965-R model specification to compete in the SCCA and Trans Am A/Sedan classes.

Although it was built for Ken Miles, he never got a chance to drive it

But the saddest side is this. Although it was built for Ken Miles, he never got a chance to drive it. The legendary driver Ken Miles died on August 17, 1966, in Riverside from injuries sustained in an accident while inspecting a J-car and he never got to drive the 1966 Shelby Group II Mustang.

Ken’s racing career began in 1949. After joining forces withCarroll Shelbyto develop the “Cobra” in the 1960s, Ken Miles became famous for his racing prowess. Aside from the “Cobra,” his contribution to the development of the Ford GT-40 and its Mk was no small feat. And also, II successor and the Mustang GT350.

Ken called himself a mechanic, but his prowess on the track earned his tickets to the other victory lanes, including 1966 24-Hours Of Daytona and 12-Hours Of Sebring. He was the great Driver who drove the Ford GT-40 to victory, disappearing Ferrari’s smile. In the movie Ford VS Ferrari 2019, Christian Bale portrayed the character of Ken Miles and his prowess.

After his death, the 1966 Shelby Group II Mustang was invoiced to the Turner Ford in Hutchinson, Kansas on August 24 and purchased by John McComb. It raced extensively in the SCCA, Trans-Am, and ARRC racing series until 1967 before being sold to Keith Thomas in 1969. It was exchanged several more times before Gray Spraggins, who owned the car for the next 28 years, bought it in 1984.

Spraggins restored the Shelby Group II Mustang and bought the engine and transmission from the Shelby American Lead Mechanic Terry Doty. Then it was purchased by Rick Davis in 2012 and sold to Chris Turner at Dockery Ford in 2013. He started a show-quality Concours restoration with Legendary Motorcars.

When it comes to the 1966 Shelby Group II Mustang, its exterior-sheet metal is covered by pure-white paint with Blue LeMans stripes. The whole interior is finished in an all-black paint and built on correct Shelby dimensions. It includes a powertrain built and cast on October 14, 1964.

The winning bidder will have a rare opportunity to own a significant piece of Legendary American Motorsports History. And also, MS Classic Cars stated that “This is one of the Rarest Shelby Mustangs ever built.” But there’s little doubt the 1966 Shelby Group II Mustang will sell for more than six figures.

And also, you will see an another very special Shelby Mustang there:Carroll Shelby’s personal 1968 Ford Mustang “Black Hornet.”The auction event will be held from January 21 to 29 at Westworld of Scottsdale. 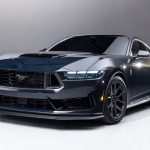