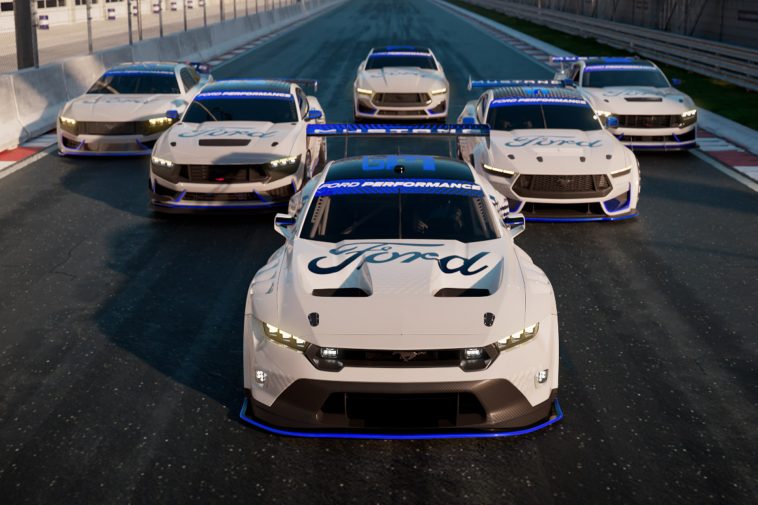 Ford previously announced that they would bring a line of Mustangs to the track, some of which will be prepared for the world’s top races. After that Ford introduced a line of Mustangs for racing along with two Mustang Dark Horse versions, they have presented it as Mustang Racing Family in general.

Also, several other Mustangs have been designed including Dark Horse R and Dark Horse S. They are Mustang GT3, Mustang GT4, Mustang Supercars Championship, Mustang NASCAR Cup Series, and NHRA Factory X. You can see clearly that there are more than 6 Mustangs here. The problem is that Ford hasn’t defined the Dark Horse S’s images.

But according to their definition of Dark Horse S, the Mustang GT4 should be or maybe Dark Horse S. Because Ford has introduced Dark Horse S and GT4 separately, we will present you the same information without any changes.

When it comes to Dark Horse S, many non-essential features have been removed. Mustang Dark Horse S gets a roll cage that is certified by FIA, race seats, an adjustable rear wing, a fire suppression system, a data collection system, and a revised suspension. Also, its upgraded brakes will provide a very high track performance. The other distinguishing features of the Mustang Dark Horse S are hood pins and tow hooks on both the front and rear.

When it comes to the Mustang GT3, You will be able to see this track-focused GT3 in 24 Hours of Daytona 2024. Not only that, but also they said that the Mustang GT3 IMSA race car will be available for the customers. Mustang GT3 is powered by a 5.4L Coyote V8 engine. There is no doubt that its performance has been upgraded.

Ford has also mentioned the lower-spec Mustang GT4 racing car. It’s designed to have less downforce and less power. You will soon see it competing in IMSA, SRO, and FIA GT series.

Ford hasn’t announced the details of the Mustang NASCAR Cup Series yet. But according to the NASCAR visual alignments, it should be quite different from the regular Mustang.

Ford hasn’t announced any information here. But Factory X is the newest addition to the NHRA series. Its competition tools are allowed to be lighter, but transmission should be Manual. More information will be announced by Ford soon. 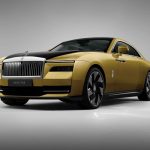 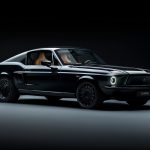