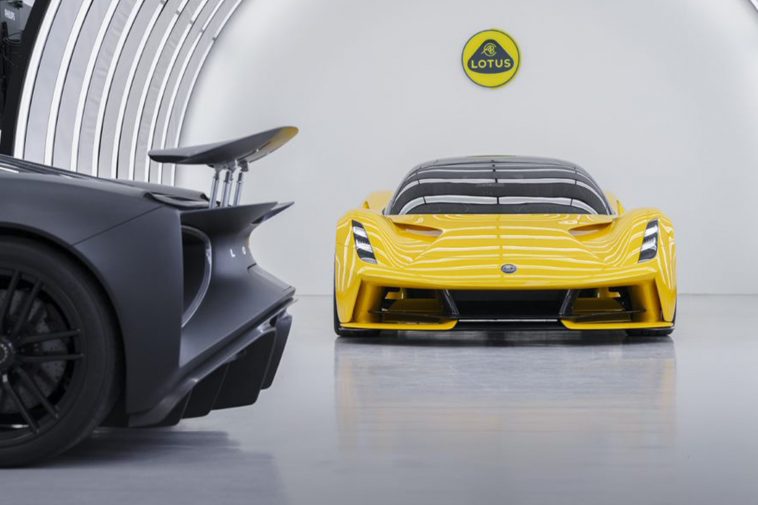 The Evija is a street super bird design by “Russell Carr” and built by Lotus motors.
As the designer, “Carr” was able to give a jealousy look by appearance for this super EV. This super damsel is available in a single trim level with enough features to satisfy even the pickiest hypercar buyers. When Voiture Blog discuss about her interior features, Climate-control and a sophisticated-entertainment system are basic interior features among others of this super damsel. Lotus provides a wide dimension of colour finishes and interior trim options. Also they lets customize their super girl before taking her.

Her “muscle-bound electric powertrain” is the show-stopper. According to Lotus, a group of four electric motors produce propulsion, with a combined output of 1972 horsepower and 1254 lb-ft of torque. She is powered by 70000w (70kwh) li-ion battery with 4 single-speed planetary transmission. When we come to Evijas wheels, There are 4 electric motors implanted at each wheels to give separate power-output to all the four wheels on different types of road conditions. The manufacture Lotus, tried to decrease her curb weight. With its 1678 kg weights it seems to have succeeded. On all these facts she got top speed of 322 kmh. According to the producer, The Evija asks for 3 seconds to hit 0-100 kmh. Evija offered with five different driving modes namely Track, Sport, Tour, City and also Range mode.

Most of cars contains some secret and special feature. Why Evija is special? Hey’ Voiture Blog can you tell me that’s why? Most of the EV takes more time like several minutes or some hours to charge. Sometimes it maybe more hours. But, The Evija ask for just 10 and another 2 seconds to 80% by full charge. And you have to be waiting for 10 and another 8 seconds to full charge her. And also you can drive Evija about 400 kilometers with a single charge. In US, it is very similar to road trip from NYC to Washington DC. But unfortunately Evija is road illegal in U.S.A.

The dihedral doors exposed Evijas interior to the outside. Evija doesn’t have door handles. You have to both open and close by pressing the button on key. Evija has a pop-up type massive rear wing on her bum that can be operated as an air brake. Evijas tail-lights are design as spread in a wide range which surrounded by an air vent.

However, As the “world’s most potent production car”, The Lotus Evija has already been limited with just 130 copies. You have to spend 2 million and another Three hundred thousand dollars ($2.3 million) to make Evija yours. 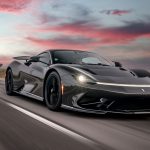 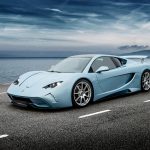